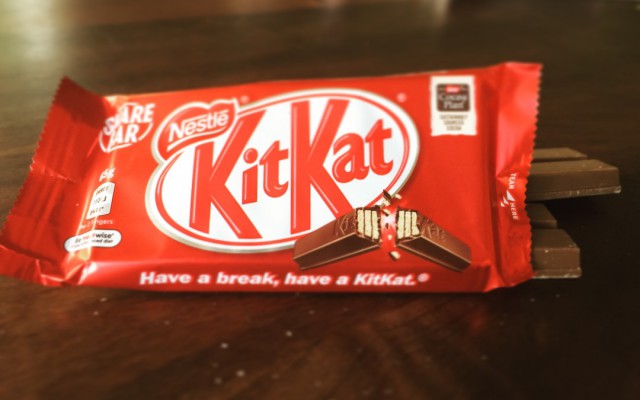 Nestle has announced a big step in their ethical sourcing journey by announcing that kit kats and milo are now produced with cocoa that is 100% ethically certified.

This post is part one in a two-series post, the second post will outline in more detail the good, the bad, and the better options for your ethical chocolate consumption - we’ll do the research for you!

The cocoa industry is one of the most notorious for uses of forced and child labour in the harvesting and production of product used globally. Approximately 59% of the world’s supply of cocoa beans is sourced from Africa, most notably the Ivory Coast and Ghana where these types of practices are rife.

Sound far from home? It’s not. When you stop for your chocolate snack mid afternoon today, pause and have a look at what you are eating. This is how the raw materials that produced your snack are gathered.

It is a topic that has been widely reported on and became a hot topic in the media between 2000 and 2002 leading to widespread action. In 1998, UNICEF reported that Ivorian farmers used enslaved children—many who were trafficked from surrounding countries. In  2000, a BBC documentary described child slavery on commercial cocoa farms in The Ivory Coast. In 2001, the US State Department estimated there were 15,000 child slaves in cocoa, cotton, and coffee farms in the Ivory Coast alone, and the Chocolate Manufacturers Association acknowledged that child slavery is used in the cocoa harvest. Then in 2002 a not-for-profit was established, the International Cocoa Initiative: Working towards Responsible Labour Standards for Cocoa Growing (ICI), aimed at eliminating child and forced labour practices in cocoa cultivation and processing.

But still the practice exists. And given that we have no visibility at all in the supply chain of raw ingredients that go into our foods, we have no way of knowing of the chocolate we eat contains cocoa that was harvested by slaves.

Since 2009, anti-slavery campaigners ‘Stop the Traffik’, have campaigned major chocolate companies like Nestlé to adopt ethical certification for their cocoa. In 2013, in response to over tens of thousands of postcards from consumers around the country, Nestlé took action and has now officially became the first major chocolate manufacturer in Australia to source all of the cocoa in its chocolate products from UTZ certified farms.

Nestle’s steps in certifying products goes a long way in making progress in this area, both by supporting the industry to make change and in providing consumers with the ability to choose. The products from Nestle are now UTZ certified, meaning that raw material sources must meet a certain environmental and labour standard. They have also been the first organisation to partner with the Fair Labour Association (FLA), a non-profit initiative that works with major companies to identify instances of worker exploitation such as child labour and improve working conditions in their supply chains.

Be sure to keen an eye out for our next post in this series in which we will outline ethical chocolate choices and talk about the campaigning work done by Stop The Traffik in a bit more detail.

One journey to ethical certification – an interview with Haighs Chocolates

Are Child Slaves Making Your Chocolate?