Do you know who’s touched your food? 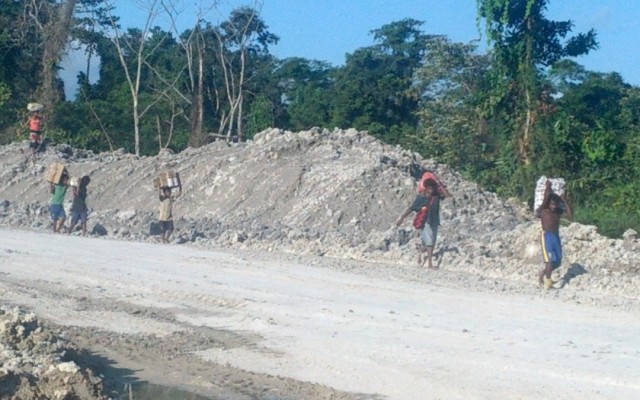 Ever since the Nanna’s berries fiasco earlier on in the year, I find I have been looking at my food differently.

I have been buying things from the supermarket and I have been thinking, where has this been, who has touched it and how do you pronounce some of these ingredients? As a supply chain professional, it’s started me looking more closely at where the materials that go into our products originate.

In February this year there were up to 26 reported cases of Australians who contracted Hepatitis A from consuming frozen berries from our supermarket retailers. We can’t be certain of the exact origins of the offending berries because it’s not something made visible to us, but what we have been able to glean is the berries were sourced from Patties Foods, who had sourced berries from Chile via distributors in China. Or that is what we think, because in most cases for these types of products we don’t have transparency beyond the tier one suppliers. So what we can guess is that Coles and Woolies buy their berries from Patties Foods but they likely don’t really know where the berries come from or what the quality controls are at the origins - they put total trust in their direct supplier, who in turn put trust in their direct supplier. The longer the supply chain, the greater the risk and more diluted the visibility is of where all the ingredients and materials come from.

Just in case you are wondering how we came to be exposed to this illness, Hepatitis A is contracted by ingesting material that has been contaminated with faeces from an infected person. Gross. Any wonder they were nicknamed on social media as nannas ‘poo’ berries.

What nobody realised at the time is that a very serious outbreak occurred in the EU a couple of years earlier. The European Food Surveillance Authority estimated a total of no less than 1444 cases of hepatitis A related specifically to the ingestion of contaminated berries. But unawares, we in Australia source those same berries and become infected with the same illness.

It’s not just the safety and cleanliness of the food we need to worry about. For those of us with a deep social conscience, it’s horrifying to see some of the human rights violations hidden deep within the supply chain. As our demand for product increases, and the desire for seasonal produce all year round, our food retailers are forced to head overseas to satisfy demand and keep prices ‘competitive’.

An emerging issue now is within the supply of seafood and the use of slave labour in the fishing industry. The definition of slavery in the supply chain is also known as bonded labour or as an indentured worker – this means organisations go to poor communities promising opportunities to work in other parts of the country or overseas, all their costs are paid for but the catch is they have to work for free until they pay back those costs. Sounds reasonable, even sounds like a good thing, except that the costs are often hugely over stated and once there with no means of leaving, they are forced to continue working, deprived of their personal liberties, and often beaten and starved. In the Australian newspaper on September 14, it was reported on that a slavery investigation is underway in Indonesia into reported indentured workers mostly from other parts of south-east Asia. However just short of the government ordered vetting of the workforce, many of the workers on large commercial fishery bases have mysteriously disappeared. Sound far from home? It’s not. Just like with the berries, we rarely ask at our favourite restaurants, at the supermarket and at the fish and chips shops where our fish or seafood has come from. Because of the lack of transparency that currently exists in our supply chains it is virtually impossible to tell where fish caught by slaves actually ends up.

As consumers we have a right to know where things come from and what goes into it. We need to be able to ask the people who provide our food, our clothes, our household items what is within their supply chains from raw material all the way through to finished good. We still have a very long way to go in this space, but without any legislative changes or mandatory labelling requirements it is down to us as consumers to do the research and then vote with our dollar to drive change.