Veggies and sourdough with an ethical twist 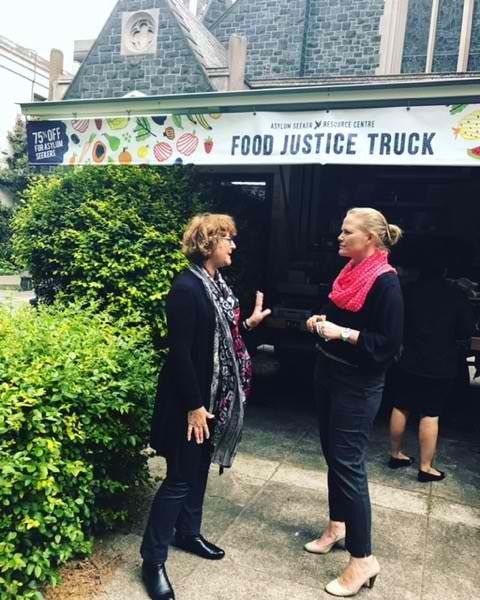 I made a great lunchtime discovery in the city on Lonsdale street in Melbourne yesterday. The Justice Food truck is an initiative by the Australian Asylum Seekers Resource Centre (ASRC). Not only does the food truck raise money for asylum seekers, but they also offer locally grown fresh fruit and vegetables at a 75% discount to those who are of refugee status. Some have as little as $20 per week to live on and it can stretch a long way at discounted prices like that. It’s good for us too - by supporting these types of initiatives it makes it easy to contribute to the cause in a meaningful way. 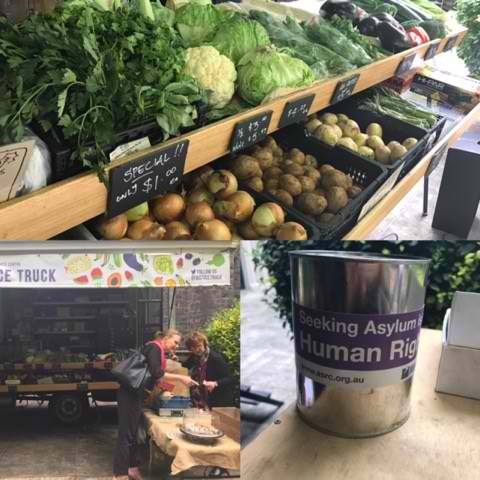 A friendly volunteer chatted to me for a while as I picked up some lunchtime goodies. She tells me that the first of the Justice Food Trucks started in a small pocket of Broadmeadows nearly 2 years ago and since then they have started opening on a weekly basis in Thomastown, Melbourne CBD, and Footscray. They have become well known enough now that in the areas where there is a more concentrated population of asylum seekers, there are now queues of people waiting for their doors to open.


You can learn more about the Food Justice truck via the following short video: