Rallying against human trafficking in the slums of Mumbai 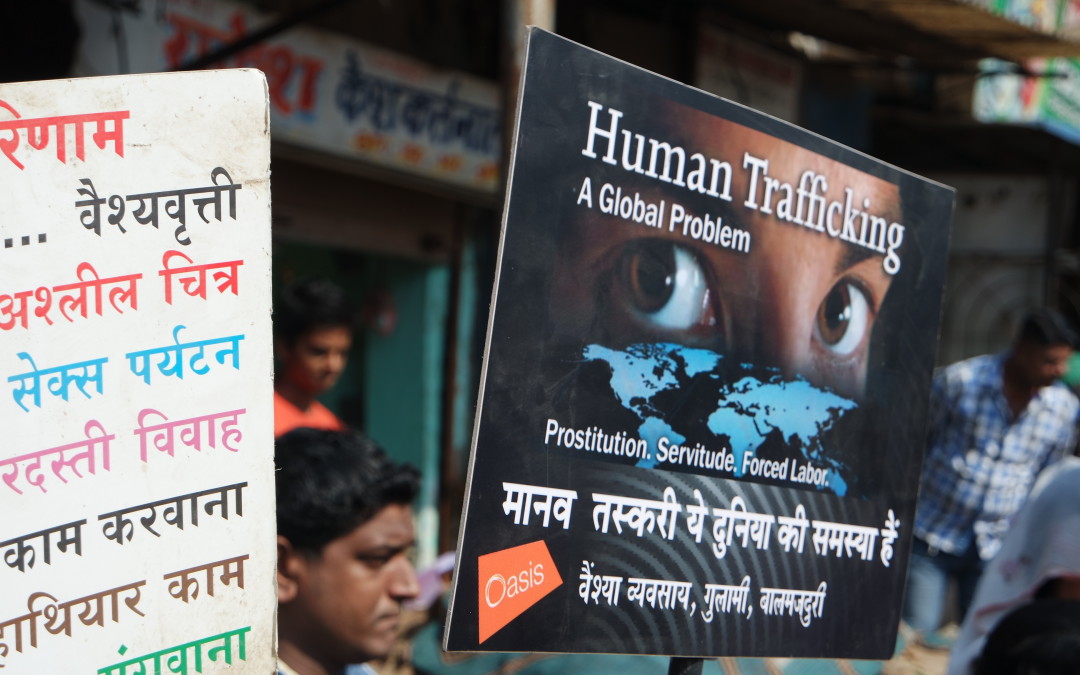 Human trafficking is a real danger in India

We have had the privilege of working with Oasis India this week in Mumbai, a group that works directly with the under caste of India and human trafficking prevention. We wanted to share a video (embedded below) highlighting the conditions of the slums as well as an overview of how trafficking happens and the work being done to prevent it.

Human trafficking is a global issue, not just because it happens everywhere in the world, but because the fruits of the labour is consumed every where in the world. A vast majority of the raw materials that go into our every day house hold items are farmed, harvested or manufactured in countries where trafficking and slavery is most prevalent.

There are two main avenues by which children are swallowed into the trafficking system. One is that either a parent is so desperate that they sell the children, or trafficking agents ‘trick’ poor and vulnerable people in slums or rural villages. They tell them they will offer them a job and a home in another city, and the victim believes it. Once there in the city they are sold, usually into menial labour or the sex trade. They are kept in slave like conditions and must continue working until they have paid off the amount they were bought for (plus interest).

Oasis India is doing some excellent work in raising awareness in the slums of Mumbai, Chennai and Bangalore. Their goal is to educate young people about the dangers of trafficking and how to be aware of trafficking agents and they do this in three key ways:

1 – Street rallies in the slums. Potential victims don’t understand the dangers and the trickery of trafficking agents. This means they believe it when they are told that they are being offered the opportunity of a better life when they meet a trafficker. In the rallies, they provide handouts, they do pantomimes in the street to engage the lookers-on, and they march down the street of the slums where trafficking is at greatest risk.

2 – Drop in centres in the slums. Oasis India have a number of drop in centres where they take care of children where parents are working in dangerous situations, they provide basic education to victims of trafficking and work to provide them with alternative pathways

3 – Train station intervention – Oasis India actually go to the train stations and spot suspicious looking adults with children and intervene on the spot. Due to resource constraints they are only able to do this two nights per month, but even in these two nights they rescue on average 35 children before they are trafficked.

The video below shows a highlight from a trafficking rally in Mumbai which we had the privilege of attending. It was so interactive and members of the community in the slums were joining in. We began with around 100 people and it had more than tripled in the end.


How to make a difference.

Human trafficking is a global problem – So how can you make a difference? You can support Oasis India www.oasisindia.org financially to help with the drop in centres and team members to undertake outreach and intervention. AND being a Christian organisation, they would ask you to pray for them and the victims. So if you’re the praying kind, give that a shot. Two other organisations working on this issue are the Dalit Freedom Network based in India, and the global campaigning organisation Stop the Traffik. Get informed, get involved.