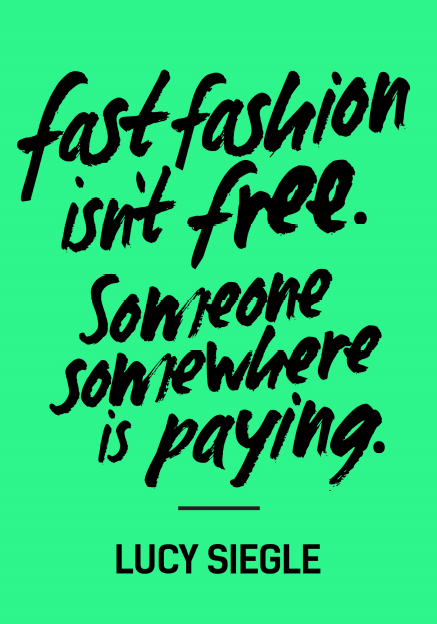 Just last week my brother in law forwarded on to me an article he came across while reading the paper in his daily commute, with the headline ‘more than 45 million people trapped in modern slavery…’ more on that here. I’m noticing more and more that people are starting to thinking about it, knowing the work that I do it’s amazing now how many people text me and say ‘I’m in the supermarket aisle, what tea should I buy?’ or I’m tagged on a facebook post ‘Kate Nicholl, should I buy these school polo shirts that are only $3 in target?’

You don’t have to look far to see it about. Last week the WalkFree foundation released their latest research report into slavery and they came to a number of 45.8 million people. Which is a staggering number, but still likely understated because it is an illegal and underground practice that we are discussing and so not something that can be accurately measured through a Gallup survey. You can read the results here. Human rights watch have also been quite active in the news, calling for greater action from governments to develop a standardised framework  and binding international standards to stamp out this kind of activity.

How did we get here, do you think?

In two or three generations the buying machines behind the scenes for all our consumer items started going offshore in search of cheaper prices, and cheaper inputs. Now almost every consumer item that you buy from electronics to cotton undies are made with raw materials from the most vulnerable communities in the world.

Academic researcher, Andrew Crane, has conducted research into the use of slavery in modern business, and he even suggests that global business has come to use slavery as a management practice.  In his 2013 paper, he discusses how global businesses have garnered enormous power over the last 30 years, and have enjoyed a great number of savings opportunities as a result. What this means is that the supply chain business models that are currently accepted as normal allow modern slavery to continue to flourish. Even though it is largely universally illegal. We do this because we have a driving, underpinning economic focus, and this in turn drives the need to under-price major resources in production – a large component of which is labour.

In simple language, this means that our business models and their pure commercial focus exploit the existence of slavery.

Until recently companies have remained secretive as to supply chain disclosure to the public but this is beginning to change. Changing expectations from consumers in the wake of a number of industrial disasters such as the Rana Plaza collapse in Bangladesh in 2013 claiming more than 1100 lives had consumers asking hard questions of brands that they were unable to answer. Changes in laws also demand disclosure by companies, such as the modern slavery laws in the UK and in California.

What can you do.


As a consumer you are very powerful. Share this information, and demand more from your brands – ask how the products are made. The answer is not in boycotting products that come from locations where slavery is prevalent, but in pressuring businesses and governments to drive systematic change.