That day my friend stood trial for murder... 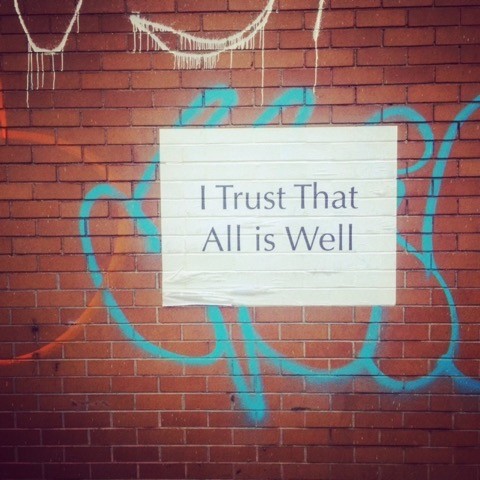 What happens when someone you love goes through something so grim that you feel wracking fear for them, but no ability to influence or control what happens?

Primarily I have used this blog as a platform to share information on my passion, my research and my consulting work specialising in ethical sourcing and humanitarian issues in the supply chain. (and I have been a bit slow on that lately, more to come soon!) But today I felt moved to share something a bit more personal, an experience that has moved me at a deep level, to share my own experience and reflections. My friend, Tim, was charged with murder in October 2015 and this month I sat through the initial pre-trial hearing with him. So here in the blog post, I share what I learned.

The crown prosecutor put it to the Magistrate that Tim, in his capacity as a police officer, shot a man dead unlawfully during a routine traffic stop and then planted an illegal knife on him to make it look like self defence.

We watched the video compilation, recorded by the camera inside his patrol car and the voice recorder as it was played to the magistrate who was to decide whether there is enough evidence to go to trial. Whether Tim actually does have a case to answer for. We saw what began as a relatively co-operative interaction escalate in mere seconds to a physical struggle out of sight of the camera, then three shots in quick succession. And just like that, one man dead and another man’s life ruined.

Sitting through something like this is like being trapped in a nightmare. It’s a nightmare for the accused, the victim, but a nightmare also for the people who love them. On both sides of the court room were pained expressions from family members as details of the event, and events leading up to the shooting, are examined in minutiae. This is someone we love who they are talking about. To us, it’s not just another murder trial as it appears for the lawyers, just another police shooting, another bad guy gunned down, or just another headline as it appears to be to the media. We are so desensitised to these things when they happen around us, but it’s a whole new story when it is happening to us. When it’s someone close to us caught in the cross fire - those headlines, those charges, they come alive as something different. Excuse me, I want to say to them, do you know you are talking about my friend?

He’s my friend, he killed a man working in a community service role, and you call him a murderer. How do I just sit with this?

It was reported right there as a full page spread in The Age newspaper on the weekend, overshadowed by bigger news stories of the Olympics, the latest Donald Trump guff and the mother who killed her three children by driving her car into a lake. Most readers of The Age may not even recall having seen Tim’s story there amongst it. These kinds of news stories that we are now numb to in our daily news consumption, took on a different meaning for me as my own friend appeared there amongst them.

When we see crimes happening around us and reported on in the news, we sit in judgement and demonise those who commit them, even before the court has determined if they are guilty or not. It’s a reasonable thing to do, if we demonise those who commit serious crimes and paint them as evil then it separates them from you and me. Things like this don’t happen to people like us. If we can believe that such events only happen to evil people, then we can trick ourselves into believing that our criminal justice system can weed the evil people out, lock them up and protect us from them, and if that was job was done effectively then our communities would then be safe. We can believe that the problem of crime, violence and drugs is something ‘out there’, rather than something that is here in our communities, in our friendship circles, our families, and something that we all have some responsibility for prevention of.

I read an article recently in the Huffington Post where the writer discussed the concept of ‘Holding space’ for another. The writer describes the experience as this: ‘You walk along with them without judgment, sharing their journey to an unknown destination. Yet you’re completely willing to end up wherever they need to go. You give your heart, let go of control, and offer unconditional support. And when you do, both of you heal, grow, and transform.’ What a tall order. But what a gift. There is profound growth in walking alongside someone in something frightening, being powerless over them and their circumstances, the only choice we have is to sit with our own emotions and choose to resist the compulsion to judge, manage, control, fix. This is the birthplace of true intimacy, where we have the opportunity to show each other that we trust and can be trusted. The more intense the experience, the harder it is to sit with the fear that comes up, and the greater the opportunity for transformation.

Tim sat in the court room for a week flanked by those of us closest to him, all holding space with a whole heart. And something magical happened. He started to relax into where he was right at that moment and accept what is as it is. It’s been a journey already - from the shooting itself, to the criminal investigation, to the criminal charges, the pressure is immense and anxiety crushing. In the early days those close to him watched on helplessly as he battled with it desperately, and looked for external things to medicate the excruciating fear and resentment, the flashbacks, the nightmares. But in the lead up to the hearing and in the hearing something shifted. His physical presence and his eyes went from heavy, resigned and pained, to light and calm. Complete acceptance, full presence to what is, gave him a courage and compassion that others rarely have the opportunity to access. He was going through hell, but he felt loved.

So did he kill the guy in self-defence or not? The outcome of Tim’s trial is not yet known, the magistrate committed him to trial and now we wait another year until it can be heard in the Supreme Court of this State. There is not a cell in my body or a thought crossed my mind that believes Tim did what the prosecutor says he did; but that is not the point of this piece. This experience has taught me how if we allow it, any situation can be a great teacher. And it has taught me how unconditional love from those most close to us can carry us through anything no matter how frightening, create bonds of empathy between strangers, and heal any wound. We only need to be willing to let it.